Read This Before Your Next PR 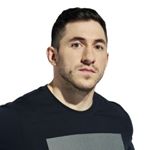 First up, how often should you test your 1RM? This depends on your goals and how long you’ve been lifting for. Beginners will be able to hit new PRs pretty consistently, but shouldn’t be testing. The PRs will happen during training, as you are able to put more and more weight on the bar for working sets.

The longer you lift, the less frequent the PRs will become. Often the PRs you hit during offseason/general training will come with accessory lifts or variations of the main movements. Advanced lifters can take a year to make progress on a main lift. Most intermediate lifters shouldn’t be testing/competing more than 2-3 times per year.

Now, how do you test your lifts? There is lots to think about when you are testing: your warmups, sleep, food, timing, etc etc. What we want to talk about here is what you do leading up to a test. Too many lifters will just max out or test in the middle of a training cycle. This is an ineffective way to test. During the middle of a cycle your fatigue is generally rather high, and most lifters aren’t used to handling maximal weights. Both of these factors will mean you underperform.

If you want to test, it is a much butter use of your time to plan ahead, peak and taper so that you build your skills with heavy weights and reduce fatigue as you approach testing/meet day. This will allow you to see an accurate picture of what you are capable of, and turn all of that work you’ve been doing into a nice new PR.